Machine learning and artificial intelligence are, far and wide, two of the most substantial technological innovations within this decade. From Watson to Blue Brain to autonomous vehicles, no other field has reached AI’s level of multidisciplinary achievements. These advancements continue to happen, and each passing day brings new research and inventions. My aspiration is to join the ranks of these researchers and work in computer science and artificial intelligence to create algorithms for real-world issues within the biomedical industry.

During this summer I had the opportunity to attend Princeton University’s summer AI4ALL program, a 3-week course entirely focused on AI and its modern applications.At the course, they focused on two areas of artificial intelligence: the algorithms and processes that lead the technical processes, and the issues with ethics, diversity, and legality within data collection and how those algorithms are processed. However, the program’s influence on my career aspirations extended beyond the basics of the field. Within the same program, there was also a research capstone project that encompassed the skills we learned with groups of graduate and undergraduate students from the university and focused on individual applications. The groups that I worked on focused on the applications of computer vision in medicine and satellite imagery, using various Python libraries with datasets from Kaggle and national competitions.  The biomedical group used computer vision to analyze imagery of skin lesions in order to determine if a patient should be diagnosed with melanoma and with what degree of confidence that diagnosis was made with. The major ethical implications of this project were the lack of datasets from communities of color, and how ineffective the algorithm was at diagnosing those patients as a result. Satellite imagery, on the other hand, focused on macro-scale images of the Amazon Rainforest in an attempt to classify illegal mining and deforestation operations taking place within the region. This project raised concerns with the ethics of high-resolution satellite imagery and the compromise between the accuracy of the algorithm and the privacy of the citizens and residents. 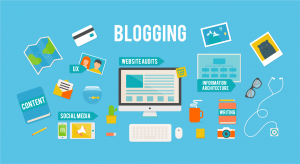